Just a quick note to answer the couple of people wondering if this project is still alive.
Quick answer: Yes!
Longer answer: Between work, minor surgery/recovery and a few weeks of enjoying NOT reading the bible, I'll be starting the Gospel of John in the next few days.

I have to admit that my interest in reading the New Testament is waning and the next few months could be a struggle.  But, we must all soldier on and face our burdens in life, and when we finish, we'll all get cake.  It's so delicious and moist!

In the mean time, enjoy some Jonathan Coulton!

Here is an article from Scientific American that correlates critical thinking ability to religious belief.
While I do think (and other studies have shown) that a person's knowledge of science, and their ability to think critically is proportional to their belief in unproven claims, I don't think this study was particularly strong.  Still it's worth a read for no other reason that it conforms to my belief system. ;-)

And,
I'll be back reading the damn book this week.  The Gospel of John should be interesting because it's based on hearsay, based on hearsay.  At least that's what I heard.
Posted by Bruce at 7:34 AM 12 comments:

Have you ever changed your opinion?

There's been a discussion in the previous post regarding our beliefs being prejudiced and biased.  I think this goes without saying, as we are the collective of what we are taught, think and observe.

But, have you ever had a deep held belief in which you've turned around on?
What made you change?
If you study a topic you believe in, do you also research/read the opposing opinions?


I was raised Catholic and went to church regularly as well as a Catholic grade school.  God/Jesus was an everyday thing for me. When I became a teenager, like many, I became interested in supernatural subjects like ghosts, ESP, UFOs, the Bermuda Triangle.  The movie The Exorcist came out when I was 13 and I was obsessed with demonic possession.  I read everything  I could on the subject.
I was convinced all these things were real and happening around me.  My parents chuckled and told me to think about these subjects critically.  They asked me to look for actually evidence and to look for other possible explanations to specific events.
They were very patient!
But, over the next 4-5 years, as I matured and learned, I did start asking the questions "Why?" and "How?"  I started learning about the world around me. With a little education, a lot of the supernatural disappeared.
One day I asked my mom why we should believe in a god when the natural world could be explained by natural processes (I probably didn't use those words.  And I most likely just didn't want to go to church.).  She didn't have an answer and gave me the official Catholic Church response.  "Don't ask questions." I found out that when it came to her faith, she didn't practice what she preached.

Long story short, I fell in love with science in high school and religion became less important to me.  I went to college wanting to become a NASA engineer and received AA degrees in Physics and Psychology before deciding that Video Production and Film History was the direction my career would lead.  I became an 'official' Atheist my last year in Catholic college when I took a class called Atheism and Religion.

But you ask, have I changed my mind on scientific subjects?  Yes.

In the past, I questioned man's impact on Earth's climate.  Our environment changes at a fairly slow pace and we have such a small data set of weather conditions over the last 125 years to draw on.  But, as more information is collected and as the amount of change has become (practically) logarithmic, it's became pretty clear that man can have a huge impact on his environment.

I also would like to believe in multi-verses and that idea that more then four dimensions exist.  It would make our 'uni'-verse infinitely more wondrous.  But, alas there is no actual evidence for them (yet).  They only exist in mathematical constructs which, like Zeno's Paradoxes, are open to logical errors.

When I look at the universe without a god, I see a place even more exciting and beautiful then the one I saw with a god!  Having no predetermined 'purpose' or 'meaning' give us infinite possibilities to explore and find our own purpose and meaning!

Morality is a human construct.  We've developed a social order over tens of thousands of years in order to live together and prosper.  Our values have shifted over the millennia.  It obviously doesn't work perfectly but it's gotten us this far.
A world with god and religion is indistinguishable but a world without (apart from the churches of course).  Just as many horrible, bloody acts of violence have been committed by the followers of gods as by those who commit horrible acts to fulfill their own needs.  And just as much good.  You can be good without god.

The re-retelling of parables and end times predictions.

We learn that Judas was possessed by Satan before he betrayed Jesus and didn't do it willingly.
This feels like a  huge cop-out on the part of the storytellers in that it takes the human element out of the story.  Jesus wasn't really betrayed by an apostile/friend.

Jesus shares bread and wine with his followers.  Two thousand years later, some literalists believe that bread and wine blessed by a priest turns into the body and blood of Jesus.  Still, it's not as stupid as believing that if you trust in god hard enough, you won't die from a viper bite...

I need to bring up something that's kind of bugged me for a while.  Jesus tells Peter that he will deny knowing Jesus three times.  But, Jesus denies himself repeatedly when on trial!

Happy Ishtar, Eostre, Astarte, Ostera, Easter, Passover to all the supernatural believing folks and a happy Sunday to the rest of you.
Posted by Bruce at 8:15 AM 4 comments:

So, A rich guy dies and goes to hell and a poor guy goes to heaven.
Why? because the rich guy was rich and the poor guy was poor.  At least that's the only information we get from the parable.
The rich guy also seems like a nice guy, trying to warn his family of the horrors that await.

This line seems to say 'Forgive those who do wrong against you only if the they say are sorry.'  I'm I mis-interpreting this?

Email ThisBlogThis!Share to TwitterShare to FacebookShare to Pinterest
Labels: dawn of the Dead, Gospel of Luke, Youtube

Here is a short NPR interview with Bart Ehrman, historian and professor of religious studies at the University of North Carolina Chapel Hill, who wrote a book called
Did Jesus exist? A historian makes his case 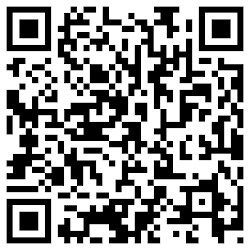